I took Doug Ford to court and the fight is on

Ish Aderonmu here. I’m reaching out to tell you about something extraordinary that just happened to me. Working with residents and municipal candidates, I took Doug Ford to court and won!

I’m training to be a lawyer so I can be a voice for people who are traditionally underrepresented. For this same reason, I joined Walied Khogali’s campaign. As a first-time volunteer and resident of this community, it’s been incredible to be part of a campaign that I truly believe in.

Walied has a long track record of helping and advocating for residents in our ward. I know that he will bring this same passion and community leadership to City Hall.

Doug Ford’s move to slash our City Council seats from 47 to 25 with the election underway is a direct attack on us! He’s trying to block new, progressive community candidates like Walied from representing us on Council. 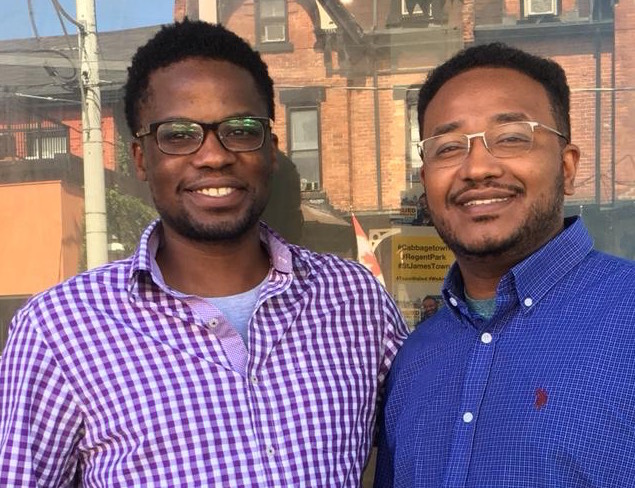 When I saw the opportunity to join the legal action against Ford, I didn’t hesitate. I argued in court that changing the rules during the election infringed on my right to political expression. The judge agreed with me and the other plaintiffs, striking down Ford’s undemocratic legislation. We were ecstatic!

You can imagine how we felt, when just hours later, Ford announced that he plans to override the judge’s decision and ram their bill through the legislature.

This threat is real. Ford is settling personal grudges by cutting down our Charter rights. He is pulling out all the stops to prevent our voices from being represented. Plain as day, this is an abuse of power.

But that won’t stop us from organizing on the ground! Walied has reassured me that he is going to be there for us and run no matter what. We are going to win this election by bringing out our friends and neighbours on election day. We need people like you.

Help us fight back! I’m more energized than ever to canvass this week and every week until the election. Come join me and help bring home the win for Walied!

Please check your e-mail for a link to activate your account.